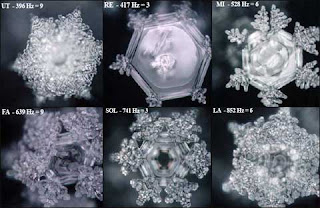 What Are The Ancient Solfeggio Frequencies?

These original sound frequencies were apparently used in Ancient Gregorian Chants, such as the great hymn to St. John the Baptist, along with others that church authorities say were lost centuries ago. The chants and their special tones were believed to impart tremendous spiritual blessings when sung in harmony during religious masses. These powerful frequencies were rediscovered by Dr. Joseph Puleo as described in the book Healing Codes for the Biological Apocalypse by Dr. Leonard Horowitz. I give honor to both of these gentleman for the part they’ve played in helping return these lost frequencies back to humanity.

The Six Solfeggio Frequencies include:

http://www.redicecreations.com/specialreports/2006/01jan/solfeggio.html
Posted by BECKS at 06:01