Just when you crave one more sensual hit, the void of the float tank stops time, strips ego and unleashes the mind by M M Owen Climb In, Float Off, Zone Out, Why Flotation Blows My Mind 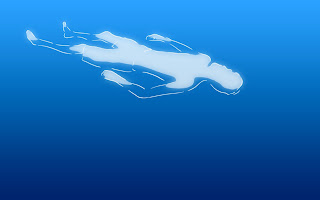 Whistler Blackcomb: 50 Years of Going Beyond

Freaky Flowers: Echinopsis Cacti in Bloom from EchinopsisFreak on Vimeo.

GravityLight: lighting for the developing countries from Therefore on Vimeo.

A Brief History of Everything, feat. Neil deGrasse Tyson

Reexamining the Forest from Mark Wyatt on Vimeo.

Bringing Back the Light - Restoring the Life to Canada's Temperate Rainforests

Bringing Back the Light from Mark Wyatt on Vimeo.

What Really is Energy?! from WaitbutWhy.com

That’s how food is invented—plants know how to take the sun’s joules and turn them into food.
At that point, all hell breaks loose as everyone starts murdering everyone else so they can steal their joules.
We use “the food chain” as a cute euphemism for this murder/theft cycle, and we use the word “eating” to refer to “stealing someone else’s joules and also murdering them too.” A “predator” is a dick who always seems to want your joules over everyone else’s, and “prey” is just some sniveling nerd you particularly like to bully and steal lunch money from. Plants are the only innocent ones who actually follow the Golden Rule, but that’s just because they have the privilege of having the sun as their sugar daddy—and humans are the biosphere’s upsetting mafia boss who just takes what he wants from anyone he wants, whenever he wants. It’s not a great system, but it works.
And that all went on normally for a while, but in the last few hundred thousand years, humans started to realize something: while it was enjoyable to put new joules into your body, actually using those joules sucked. It’s much less fun to use a bunch of joules running fast or lifting something heavy than it is to just sit on a log pleasantly and hold onto those joules instead. So humans got clever and started to figure out ways to get joules outside their bodies to do work for them—by doing that, humans could have their joules and eat them too. Sometimes the methods would be dickish:

But joules aren’t only in living things. There are joules floating and swirling and zooming all around us, and by inventing the concept of technology, humans figured out ways to get use out of them. They made windmills that could steal some of the wind’s joules as it went by and convert them into mechanical energy to grind food. They built sailboats that would convert wind joules into kinetic boat energy they could control. Water absorbs the sun’s radiation joules and turns them into gravitational potential energy joules when it evaporates and then kinetic energy joules when it rains and slides down land, and humans saw the opportunity to snatch some of those up by creating water wheels or dams.
But the most exciting joule-stealing technology humans came up with was figuring out how to burn something. With wind or water, you can only capture moving joules as they go by—but when you burn something, you can take an object that has been soaking up joules for years and release them all at once. A joule explosion.
They called this explosion fire, and because the joules that emerged were in the useful-to-humans formats of heat energy and light energy, burning things became a popular activity.
Posted by BECKS at 19:46 No comments:

TED: How to Land on a Comet Fred Jansen

TED: A Brain in a Supercomputer Henry Markham

How to expand our personal Umwelt aka Universe

Modern Methods for Scraper Mucking and Loading by Ingersoll-Rand Co.

Xboundary from Salmon Beyond Borders on Vimeo.

A New Level of Archery

The Coast from NRS Films on Vimeo.

SLOMO from Josh Izenberg on Vimeo.