Off the Grid Float Cabin in British Columbia

My brother showed me this cabin back in June 2011 and it is what inspired me to find my own :)

http://www.tinyhousetalk.com/off-grid-float-cabin/
Posted by BECKS at 08:44 No comments:

Rushey Green Time Bank. Your Knowledge is an Asset :)

Humans being human in modern society

The Kimberly Stove: Installing in an Offroad RV and lighting the fire :)

Could the Fairtax be the solution the world needs (starting with the USA) to somewhat even the playing field...

http://www.fairtax.org/site/PageServer?pagename=HowFairTaxWorks
Posted by BECKS at 10:10 No comments:

One Small Change. One Big Difference. It Starts With You.

Netball?! It's an Olympic recognized sport??

Played my first game of coed Netball today, great sport even though I have never heard of it before!
Posted by BECKS at 10:29 No comments:

"Lake Lefroy is approximately 510 km2 in area and is about 55 km from Kalgoorlie/Boulder, but nestles on the edge of Kambalda and Widgiemooltha; it is widely used for land sailing, and is considered by many all over the world to be one of the best places to sail a land yacht due to its size and the texture of its surface." 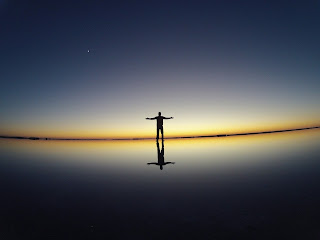 The Venus Project - Paradise or Oblivion

I am curious what their plans are for minerals and metals mining...

The PRIZE - The Epic Quest for Oil, Money and Power

"The natural world doesn't come with an instruction leaflet, so it teaches you to use your creative imagination."

TED - The Beauty of Pollination

Do you believe in human accelerated climate change?

If you want one or want to join the Ocean Rodeo Crew check out Becks.oceanrodeo.com with this code 7hmKu
Posted by BECKS at 11:16 No comments:

How Far Can You Send Emotions?


LA ROUX - IN FOR THE KILL (SKREAM REMIX)

How to understand Percentages, Exponentials and Growth Rates

"What if we could build a nuclear reactor that offered no possibility of a meltdown, generated its power inexpensively, created no weapons-grade by-products, and burnt up existing high-level waste as well as old nuclear weapon stockpiles? And what if the waste produced by such a reactor was radioactive for a mere few hundred years rather than tens of thousands? It may sound too good to be true, but such a reactor is indeed possible, and a number of teams around the world are now working to make it a reality. What makes this incredible reactor so different is its fuel source: thorium."

If Iran and North Korea want nuclear power so bad, why not give them the technology to produce energy from Thorium?  If they refuse, then their real intent is to produce nuclear weapons!

Al Leblanc tears it up at the Penticton Elvis Festival!

Not bad next to the King...

NASA Tour of the Moon

How do you explain this?!


If you want one or want to join the Ocean Rodeo Crew check out Becks.oceanrodeo.com with this code 7hmKu
Posted by BECKS at 08:42 No comments:

Love This by Cosmo Jarvis

Maintained at;
http://motomethod.com/
Posted by BECKS at 10:34 No comments:

This is absolutely amazing...

If you want one or want to join the Ocean Rodeo Crew check out Becks.oceanrodeo.com with this code 7hmKu
Posted by BECKS at 06:53 No comments: