A group of volunteer engineers are finishing the design for a home-brewed wind turbine that will bring electricity to off-the-grid Guatemalan villages by this summer.

After the U.S. engineers finish the design, local workers in the town of Quetzaltenango will manufacture the small-scale turbine. It will produce 10-15 watts of electricity, enough to charge a 12-volt battery that can power simple devices like LED lights.

"They're replacing kerosene lamps, if anything at all," said Matt McLean, a mechanical engineer by day and leader of the wind-turbine project by night. "The biggest driver is just keeping the cost way down. We're shooting for under $100, which is a challenge, but we're in that range."

The effort comes amidst recent efforts to bring new light and power to small towns in the developing world. An estimated 1.6 billion people worldwide are without electricity, and many of them are forced to light their homes with kerosene. Using one of these lamps is like smoking two packs of cigarettes a day, says the World Bank, and the lamps present a significant fire risk. That's why many startup companies, such as d.Light, are trying to bring cheaper LED lights to homes, but they still need a solution for producing power locally.

That's where organizations like Engineers Without Borders come in. Founded in 2002 by Bernard Amadie, a professor at the University of Colorado-Boulder, it has grown to more than 10,000 members in over 250 chapters. According to Cathy Leslie, the executive director of the U.S. organization, 340 projects are underway.

The turbine was created by the Appropriate Technology Design Team of EWB's San Francisco chapter. Team members like Malcolm Knapp and Heather Fleming spend their nights and weekends inside D2M's design shop trying to perfect low-tech gadgets for people 2,500 miles away. D2M, which is Knapp and Fleming's employer, donates the lab space for after-hours use by the EWB team.

Unlike the large-scale assemblies found in wind farms, the roughly two-foot-wide and three-foot-tall turbine has a vertical axis. McLean said that orientation worked better in the choppy conditions likely to meet the turbine out in the field, where it'll be bolted on to buildings, towers or even trees.

The turbine, which Fleming refers to as a "she," is undergoing its final tweaks. Next Sunday, the prototype will undergo its next-to-last build before Fleming and another volunteer head down to the Guatemalan manufacturing facility, XelaTeco, with the building plans in hand.

The engineering team had to make their design simple enough that it could be assembled from cheap and widely available components. As a result, their plans call for building the turbine out of hard plastic (or canvas) bolted on to a steel-tube structure. The rotor, which creates mechanical energy from the movement of the blades, runs into an alternator (actually a cheap DC motor running in reverse), which converts the mechanical energy into electricity.

"We've had to simplify the way we were thinking and get rid of the idea that everything had to be as efficient as possible," McLean said.

For instance, one key obstacle was creating a good bearing system to reduce friction within the turbine. Steel bearings proved unavailable to the Guatemalan manufacturer. Instead, the designers were forced to dig deep into their bag of tricks, eventually pulling out Teflon tape.

"It's normally used for sealing pipes," said McLean. "But it's a very low cost way of reducing friction."

XelaTeco, for its part, received seed funding from the Appropriate Infrastructure Development Group, a nonprofit dedicated to incubating for-profit businesses in developing countries. AIDG's goal is not just to bring cheap wind-powered generators to Guatemalan villages, but also to build self-sustaining businesses that are well integrated with the local economy.

"For us, this is hopefully the start of a lot more projects like this in other areas as we start more businesses," said Peter Haas, executive director of the AIDG.

http://www.wired.com/science/planetearth/news/2008/03/wind_turbine
Posted by BECKS at 12:14 No comments:

Bring Compassion Back to Religion

Seize Your Saturdays (From Men's Health)

Saturday mornings, especially in spring, should be spent outside. That's why we asked the Utah-based strength and conditioning coach Dan John to design this fast, portable series of cardio workouts, one for each Saturday of the month. Use them as breathers from your weekly routine.

**Stretch before and after workout

Set a timer for 10 minutes.

Hold the pushup-position plank for 60 seconds.
Without resting, do 20 dumbbell swings or jumping jacks.
Repeat the above sequence, without resting, until the timer goes off.

Rest for less than a minute and complete 2 more rounds.

Pro tip: Crank up the difficulty by increasing rep speed.

Pushup (spiderman, decline, clap, behind the back clap or Under the Fence)
30-second sprint
Situp (full open and close toe touch or Russian side to side)
Prisoner squat (one legged or squat-thrust-jump)

Pro tip: Squeeze your glutes as you press up in your squats.

Combine elements of the first two workouts, resting as little as possible between exercises.

Rest for 30 seconds; repeat the sequence 6 to 8 times.

Pro tip: Treat the sprint as your recovery period.

Follow each of these exercises with a 30-second sprint.

30-second pushup-position plank (change grip; diamond, wide, staggered)
30 seconds of dumbbell swing, wood chopper or jumping jacks (clean jerk press)
10 pushups (spiderman, decline, clap, behind the back clap or Under the Fence)
10 situps (full open and close toe touch or Russian side to side)
15 prisoner squats (one legged or squat-thrust-jump)

Pro tip: On the final circuit, do as many reps as you can.

Your odds of outrunning the snow? Not so good. An avalanche can accelerate to 80 mph in seconds. But if you follow these tips, you might just limp away from it or get carried on a stretcher to the ER.

Ski one at a time. Ski between islands of safety. Make sure somebody is watching your entire descent. Shout to warn others. Ditch your poles. Keep your pack on. Insert AvaLung mouthpiece. Pull the ABS ripcord.

1. Grab a tree. The more snow that slides past you, the less likely you'll be buried alive. Hang on for dear life until the force knocks you off.

2. Do Not Swim. Research has shown that swimming does not increase odds of survival and it's better to protect yourself and conserve energy.

3. Create space. Once the snow stops, it'll set like concrete. As it slows, exhale to clear the snow that is packed in your mouth.

4. Raise a hand. Before the flow ceases, get a limb to the surface to help rescuers find you. Between 15 minutes and 45 minutes under the snow, your odds of survival fall from 90 percent to 30.

http://howto.wired.com/wiki/Survive_an_Avalanche
Posted by BECKS at 02:37 No comments:

Only in America... "If it gets nasty, get down to business!" hilarious

A Brief Summary of TED2008: Ideas Worth Spreading

How dare we be optimistic?

What will tomorrow bring?

TED Prize 2008: Dave Eggers and Tutoring, Neil Turok and the next African Einstein, Karen Armstrong and the Charter for Compassion

An Infectious Idea for Teaching Ideas 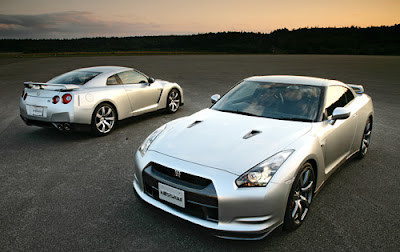 Change: Yes We Can

http://pangeaday.org/whatsPangeaDay.php
Posted by BECKS at 10:08 No comments: