The Loneliest Organısm on Earth 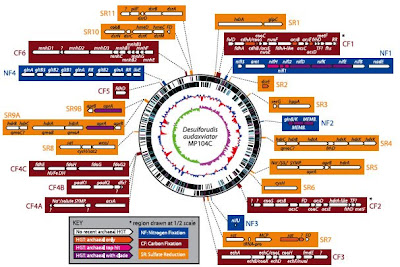 "In the hot, dark water of a South African mine, scientists have found the world’s loneliest species.

Everywhere else biologists have studied life on our planet, they’ve found communities of life, but today, biologists announced they have discovered an ecosystem that contains just a single species of bacteria.

In all other known ecosystems, the key functions of life — harvesting energy and elements like carbon and nitrogen from the environment — have been shared among different species. But in the water of the Mponeng gold mine, two miles under the earth’s surface, Desulforudis audaxviator carries out all of those functions by itself. In short, it’s the tidiest package of life found yet."