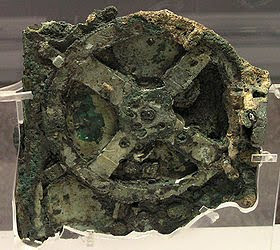 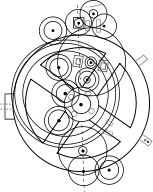 "The Antikythera mechanism (pronounced /ˌæntɪkɪˈθɪərə/ AN-ti-ki-THEER-ə), is an ancient mechanical calculator (also described as the first known mechanical computer) designed to calculate astronomical positions. It was recovered in 1900–01 from the Antikythera wreck, but its complexity and significance were not understood until decades later. It is now thought to have been built about 150–100 BC. Technological artifacts of similar complexity did not reappear until the 14th century, when mechanical astronomical clocks appeared in Europe."
Posted by BECKS at 08:39