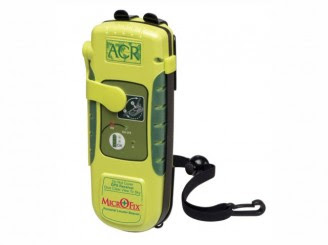 Boating, camping, four-wheel driving, hiking, off-road motorcycling, snowmobiling – they’re all fun to do, and they all carry considerably more risk if you’re on your own – break a leg, sprain an ankle, get bitten by a snake or a spider, and suddenly you may not be able to get out without assistance. The availability of the Personal Locator Beacon (PLB) changes that – it’s risk mitigation for adventurous people. Set off your PLB and it transmits your location (GPS coordinates) on internationally recognized distress frequencies monitored by the likes of NOAA (National Oceanic and Atmospheric Administration) and the Search and Rescue Satellite-Aided Tracking System (SARSAT). In the event you’re under the canopy and GPS isn’t acquired, they can still calculate your position through Doppler Shift.

If you’re going somewhere remote or dangerous on your own, take heed of the following parable. During a three-day span last month, two separate outdoors enthusiasts ran into life-threatening situations in the wilderness and used Personal Locator Beacons (PLBs) in order to survive.

Even though the circumstances of each rescue were different, one involved a hiker and the other an ATV rider, their outcomes were very similar – two lives saved.

PLBs are proving to be valuable emergency life-saving devices for outdoor activities of all kinds. Since the first of this year, 18 people in eleven incidents have used PLBs to signal for help in the U.S.

“A continued increase in PLB registrations in the U.S. last year indicates a growing popularity and consumer interest in these locator beacons, especially among hunters, campers, hikers, climbers, skiers and boaters,” said Paul Hardin, executive vice president of sales and marketing for ACR Electronics, Inc., a Fort Lauderdale, Florida-based manufacturer, which introduced PLB products to the U.S. in 2003.

James Langston, Search and Rescue (SAR) Program Coordinator for Arizona’s Division of Emergency Management, directed the March 18th rescue of ATV rider James Tibbetts, a 65-year-old Las Vegas retiree, in the northwest corner of the state. Langston personally owns a PLB and wants people who venture into the backcountry to know about the usefulness of the beacons. “If we get a call from the RCC (Rescue Coordination Center) about someone being in a life threatening situation, then we respond. If people need help, there’s a spirit of cooperation among all the rescue agencies.”

Langston recommends that once victims determine that all means of self-rescue have been attempted and assistance is needed, then they should not hesitate to activate a PLB. “I don’t want people to wait until they are on the verge of death to seek help. They need to know that are we (SAR) are already out looking for them by then,” he said. “That’s what the beacons are for. I’d rather they set it off sooner than when they get to the verge of death.”

On March 15th just three days before this rescue, Dr. John Vaughan and his son, Scott, both experienced hikers from Southern California, activated their ACR MicroFix™ PLB during an ill-fated hiking trip in the San Bernardino Mountains, east of Los Angeles. It was a complicated and technical rescue involving severe injuries to Dr. Vaughan and 15 ground responders who climbed to 8,500 feet in the middle of the dark, snowy night to carry the victim down on a litter.

Dr. Vaughan said he had decided a month earlier to purchase an emergency-locating mechanism of some kind because he often hikes alone. His busy medical practice makes it difficult to pair up with other hikers. He went online to research what was available and found that a PLB was what he needed. “For people who backpack, a PLB is an excellent device. In looking at the other devices on the market, I saw that they do not connect up with national government services, like NOAA and the Air Force. After reading reviews, they also showed that they had spotty connections. There is a fair amount of information written up on it.”

ACR Electronics, Inc. (www.acrelectronics.com), a Cobham plc Company, designs and manufactures a complete line of safety and survival products including EPIRBs, PLBs, SSAS, AIS, SARTs and safety accessories. The quality systems of this facility have been registered by UL to the ISO 9001:2000 Series Standards. Recognized as the world leader in safety and survival technologies, ACR has provided safety equipment to the aviation and marine industries as well as to the military since 1956.

http://www.gizmag.com/the-plb--risk-mitigation-for-adventurous-people/9154/
Posted by BECKS at 18:19